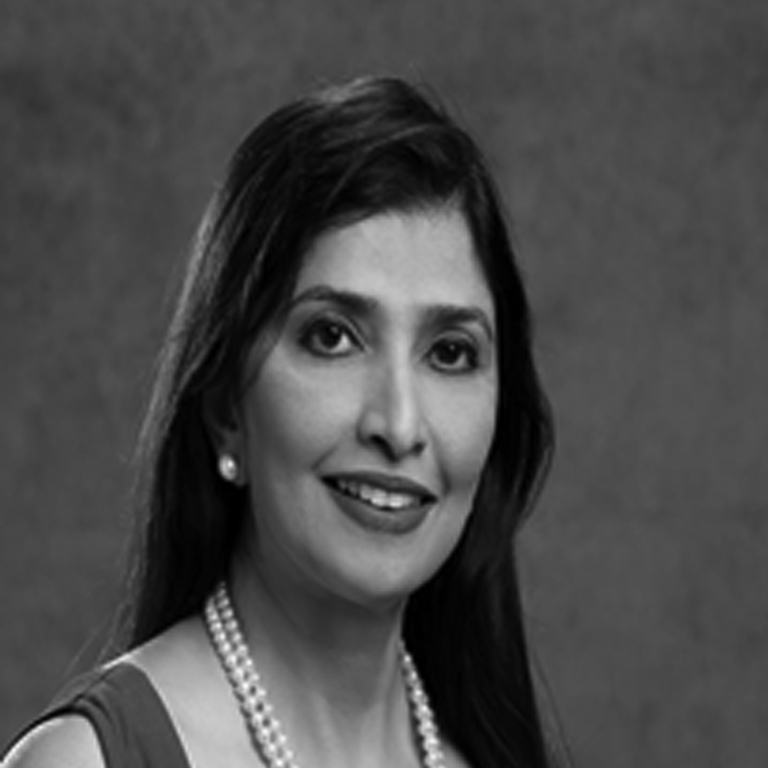 Mrs. Ponni M. Concessao did her B. Arch from National Institute of Technology, NIT, Trichy (1987) and was the first undergraduate women student admitted to NIT Trichy, later did her M. Arch, Cornell University (1989) and Advanced Professional Studies at Harvard University in 1992. She was conferred an Honorary Doctorate in Modern Architecture in 2008 in Malaysia, and Universita of Milano for Modern Architecture and Architectural Science, 2014. She has worked with internationally renowned architectural firm, Edward Larrabee Barnes in New York City on several skyscrapers, University campuses and stadiums.

She has won more than 154 International, National and State awards for architecture, interior designs and has been widely published in design magazines and newspapers. Ar. Ponni also received the Distinguished Alumnus Award from National Institute of Technology for the Golden Jubilee Celebrations from his Excellency the former President of India, Dr. APJ Abdul Kalam as well as awarded the Women Icons of Asia 2019 in Singapore along with 11 women from Asian nations. She has recently won the “Champions of Change” for the Telangana State in March 2022 for contribution towards Architecture and Women’s Empowerment. 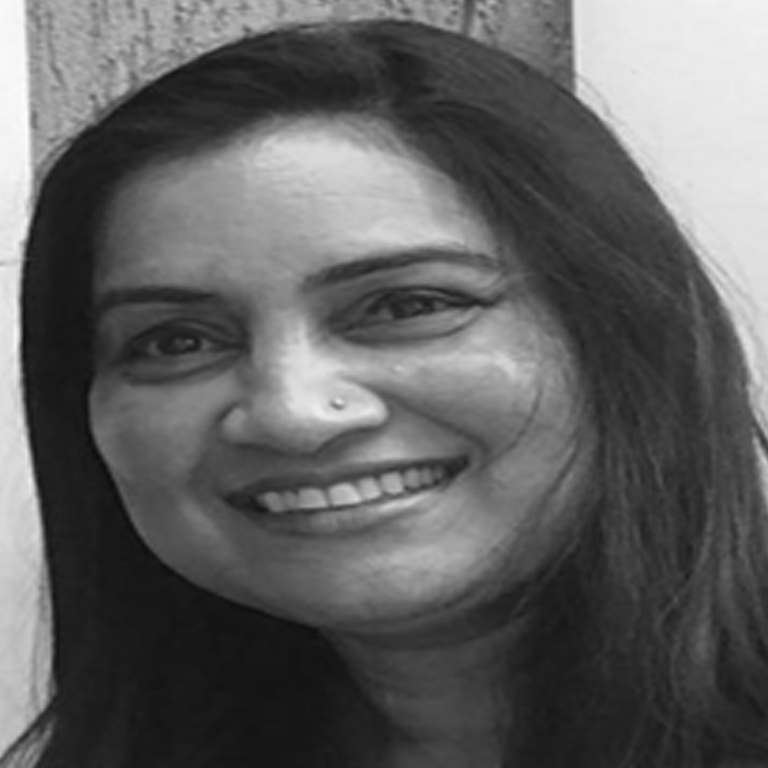 Ar. Gayathri Shetty studied Architecture from BMS College of Engineering, who started practicing in 1993, and is a co-founder of Gayathri and Namith Architects (GNA). Some of her early projects includes Paathshala at Sringeinri, Manipal house, and Tribal Housing at BR Hills which were awarded as well.

The design philosophy of GNA is and always been to work diligently with their clients to achieve their dreams. GNA has been recognized through 27 national awards in Architecture and Interior designing (like Landscape Award at WADe Asia 2018, ‘India’s Top Architect’ in Construction World Architect and Builder Awards (CWAB), ‘Best Architectural Practice’ at the BAM Awards 2018 and many more) to date, and has been able to clear verticals including, but not limited to, Residence, recreation, hospitality, and campus design. Team GNA with more than 70 professionals has now grown to encompass artists, product designers, sculptors, lighting designers and graphic designers who in liaison work to enhance almost every project and make it stand out.

GN Heritage Matters, an integral branch, was established in 2012 as an associate division of Gayathri and Namith Architects. The firm offers consultancy services in the field of Architectural Conservation, Conservation Management and Planning, Research and Documentation. Some of the ongoing projects are Mysore Palace, South Canara and Balanjeneya Temple in Rampura.GN Heritage Matters is headquartered in Bangalore, Karnataka and has a regional office in Mysore, Karnataka.

Ar. Gayathri Shetty had rendered support to the IIID Bangalore Regional Chapter as the Chairperson and as Jt. Hon. Secretary of the National Executive Committee and Chairperson IIID Design Excellence Awards. In addition, Ar. Gayathri Shetty is also involved in an upcoming publication about the traditional knowledge systems that have contributed to the building techniques and construction practices that are increasingly fading away as they are neither rigorously documented nor actively passed on to posterity. This publication aims to take the first step and help spread this knowledge to the widespread Bunt diaspora worldwide to create awareness amidst the community to protect this rich cultural heritage. 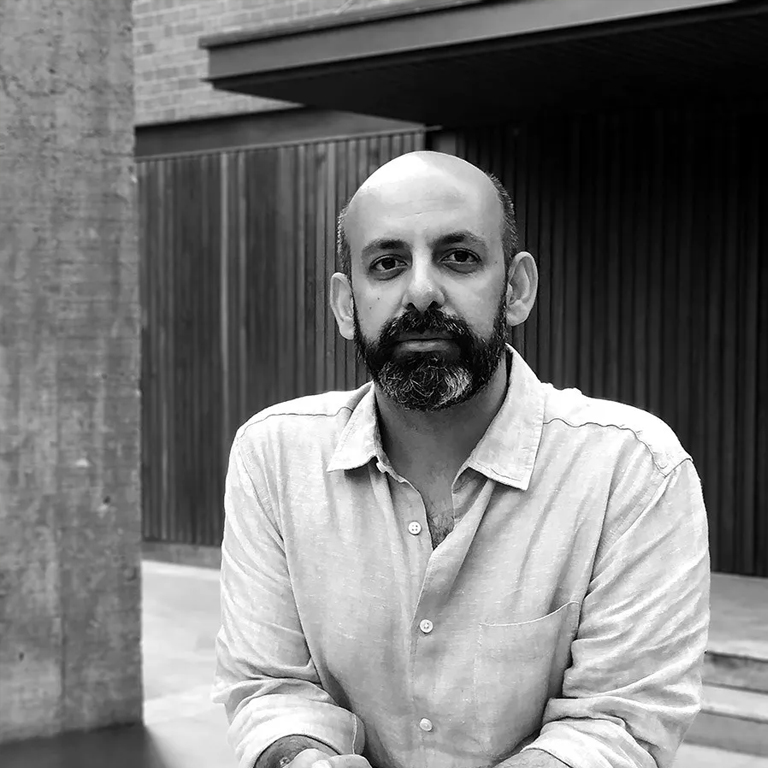 Martand Khosla was born in New Delhi in 1975, where he continues to live and work. He holds a Diploma from the Architectural Association of London and is a founder-partner in the award-winning architectural practice Romi Khosla Design Studios (RKDS), which develops a wide range of architectural projects.

As an artist, Khosla's work explores urban continuity and transformation, as both complement and counter to his experience building in contemporary India. An architect's natural preoccupation with space inevitably emerges in his work, not as a challenge to ‘build' – but rather to foreground an object's intrinsic potentiality. His works traverse the lines between sculpture and object, movement and remnant, material and memory.

Khosla's art works have been featured in three solo exhibitions in New Delhi (at Seven Art Ltd and the School of Art and Aesthetics, JNU in 2012 and Nature Morte in 2016) as well as in group shows at venues including GallerySKE, Bangalore; SESC, Sao Paolo; and Hangar Bicocca, Milan. 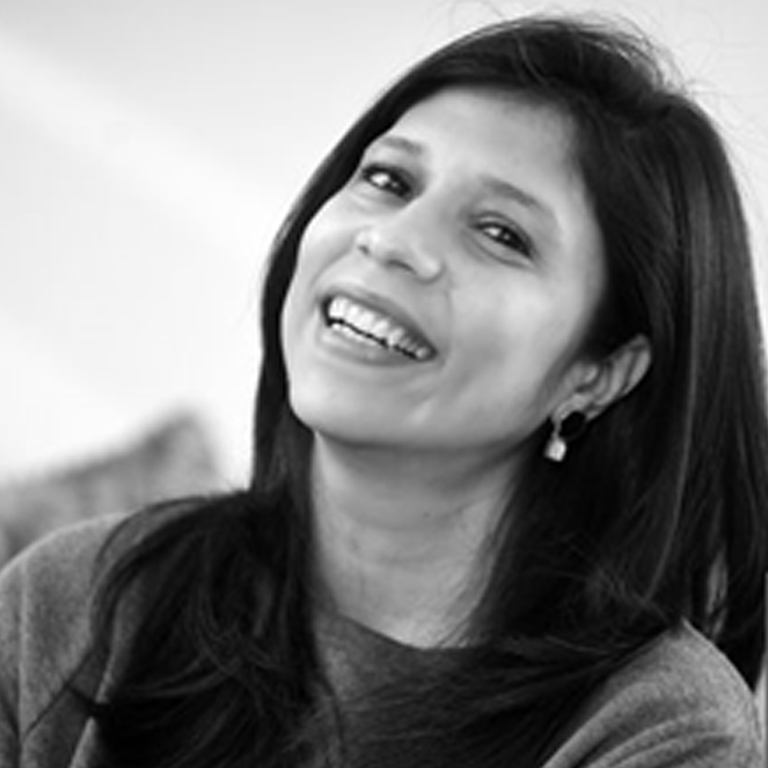 Iram Sultan loves to dream off, and design spaces that evoke joy. Whether modern, contemporary, or transitional in their style, she works towards making the homes she designs joyous, warm, welcoming, comfortable, intimate, bespoke and totally tailored to the client. To her design is as emotional as it is visually & aesthetically appealing. She considers herself to be a story teller, fortunate enough to tell the stories of many wonderful people, curated with love and told with passion. Art breathes soul into the spaces she creates and is a seminal part of her practise. Collected, curated, happy homes and spaces that invite you to live in them is Sultan's repertoire. 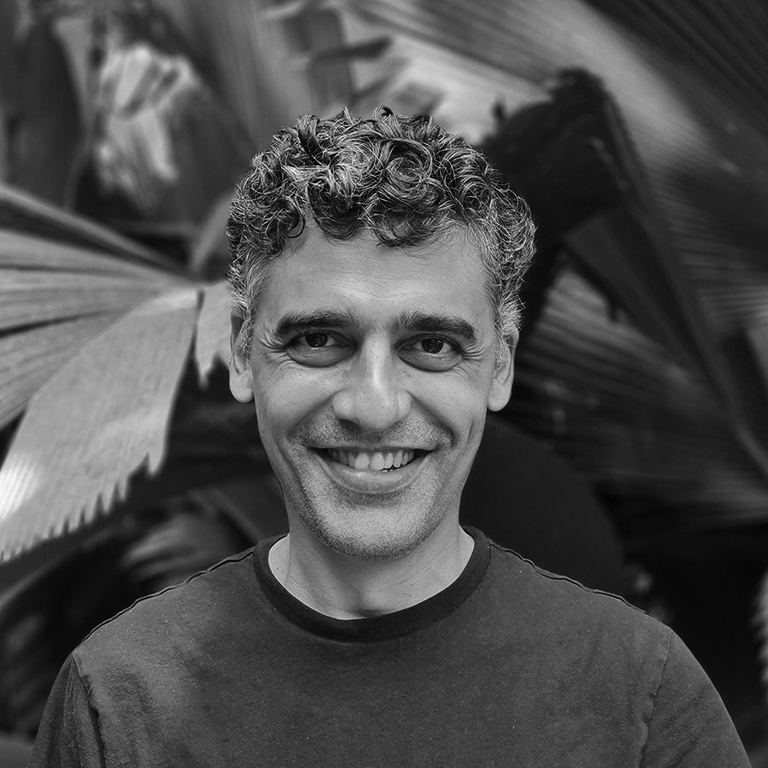 The Bombay based practice combines the strength of experience with a contemporary perspective and a focused attention to detail. The design approach of the studio is to re-connect architecture with nature, make optimum use of space, natural materials, lighting & landscape to reinvent and transform spaces. The studio strives to create design that inspires, and approaches each project, regardless of size & scale, with an understanding that architecture has a unique power to influence lifestyle and society.

Passionately involved in all its projects, the Abraham John Architects team is committed to delivering high-end designs that balance sensitive contextual response with elegant functionality. Alan has also been working on urban design solutions to improve Mumbai and make it a more liveable, green, eco-friendly city through proactive initiatives such as THE BOMBAY GREENWAY PROJECT, Winner of the International Urban Planning & Design Competition, Velo-city 2013, Austria.